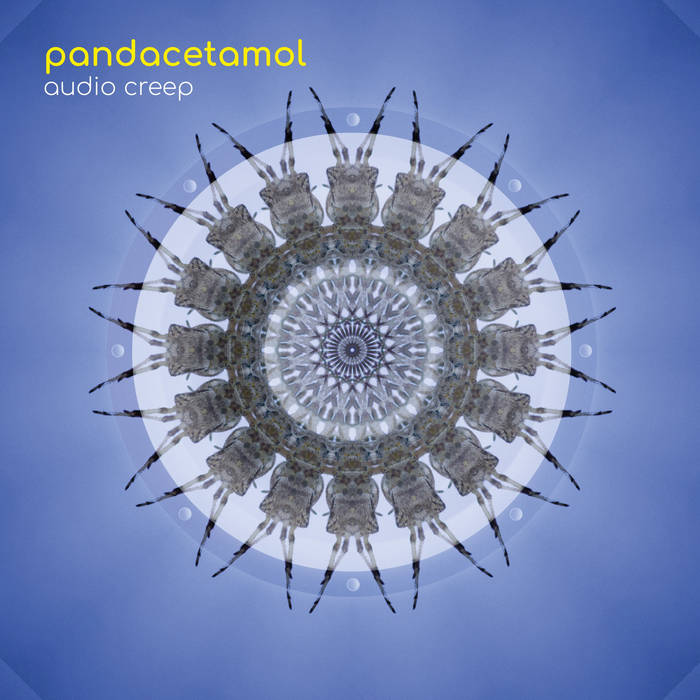 Last heard on the Cities of the Future release by 4T Thieves with the remix of "City of the Sea" Pandacetamol presents his first album on Rednetic.

Hypnotic acid lines and fractured funky rhythms. Ethereal yet aquatic. Audio Creep is a love letter to the ambient acid scene of the early 90s. An undiscovered Neptune water cave travel experience. A dark tunnel of hundred legged fluorescent fireflies. Discover the many strange worlds within this music.

Drift off to sleep with a mandala of antennae. Dive in.


Pandacetamol
Glasgow in the early 90s, when the need for escapism and hedonism was rife, the otherworldly pulses from Djax Up Beats, Rephlex, Warp, Air Liquide and the Cologne scene, Thomas P Heckmann, Pete Namlook et al, grabbed the soul of Paul Alexander and never let go.

Pandacetamol germinated in 2003 when Paul and his mate Mark Rushbury started playing around with a broken Sequential Circuits Six Track and a toy drum machine. Soon they were scraping the funds together for a modest collection of cheap vintage synths and grooveboxes. This led to frequent hazy jam sessions, often at the expense of relationships and gainful employment. Releasing their debut album Heavy Concentration in 2008, there have been over 20 releases across many international labels since. In 2016, Mark and Paul parted ways. While Mark now focusses on film soundtracks, Paul continues to explore the Pandacetamol sound through psychedelic downtempo albums recently released on Kahvi Collective and Liquid Sky Berlin, as well as collaborations with 4T Thieves.

Paul also records his own unique brand of dark driving acid techno under the moniker Fluffy Inside. Since 2019, several EPs and remixes have been unleashed on Ghost Program Records and Acid 606-61. Explorations into the dark recesses of his music machines continue daily, so there will be no escape from his brand of musical hypnosis.