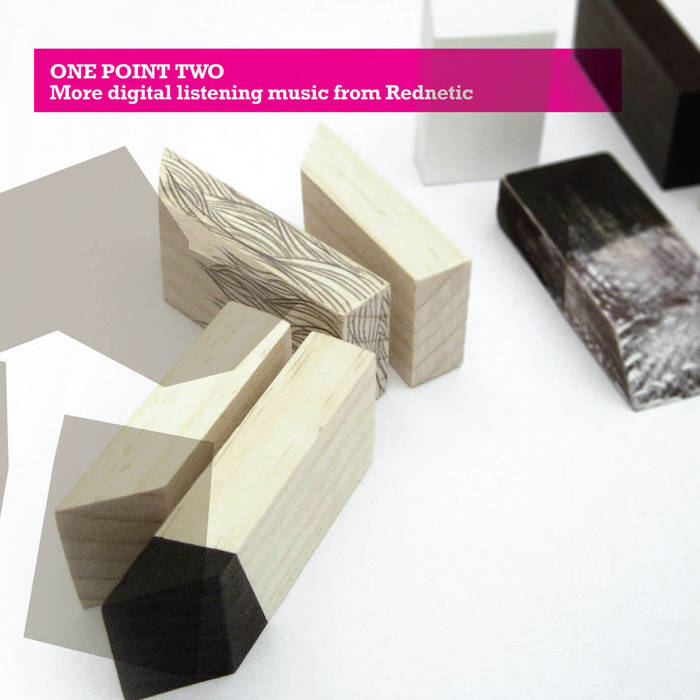 One Point Two is a superbly accurate reflection of what the label has offered in the three years since One Point One. Distilling lush electronica from the likes of Mint (Queasy), Boc Scadet (She Spoke To The Sky), Zainetica (Awaken) or Inigo Kennedy (Faraway Towns), haunting ambient from Polestar (Retro Future), Infinite Scale (Cell Out), Vizier Of Damascus, (Murmurs) or Joseph Auer (Probes), razor-sharp electro groove escapades with Tommi Bass (Electro Glitch 2007), Utility Player (Initiation) and Cheju (Hubl) or dirty electro funk by Liberation Jumpsuit (One Night Stand), this compilation confirms Rednetic’s position as one of the most interesting labels around.

Each artist contributes one exclusive track, with the exception of Joseph Auer, whose Harajuku Rain, from his 2004 Kyoto Tokyo 2001 EP, has been given new attires thanks to a stunning remix from Finland’s Lackluster. Musicians featured on this compilation come with impressive pedigree.

Mint and Cheju co-run the excellent Boltfish Recordings from London and Norfolk respectively, and have both released a considerable amount of material on various labels.

Polestar is Jon Elliott, a Bristol-based musician who is also behind the hugely successful Glitchnight monthly club night.

Boc Scadet has released a considerable amount of music on various labels, and also ran for a while the now defunct ClickClickDrone imprint.

Inigo Kennedy and Tommi Bass are two London-based DJ and producers. While the former has also been recording since the mid-nineties, the latter has been in charge of mastering and producing all recent Rednetic releases.

Liberation Jumpsuit have been making a name for themselves with impressive live performances which go well beyond the usual laptop sets.

Vizier Of Damascus is the project of Arfan Ezra Munir Rai, a London-born and based musician whose Middle Eastern roots give his work a rare spiritual touch. He has released an EP on Rednetic, and an album on his own Tree Symmetry imprint. Arfan is also a lecturer in philosophy and religion in London.

Colin Welsh, the man behind Sunosis, whose Warmed EP is Rednetic’s most recent release, also runs the excellent Ginglik in Shepherd’s Bush, London.

Infinite Scale is responsible for an excellent couple of EPs for Toytronic and Boltfish and is booked to play at Glastonbury this June. More recently, he has completed the music for a Flash microsite to promote the new Ford Mondeo.

Utility Player’s Simon Thomas is often found getting his hands dirty with the behind the scene running Rednetic, and, beside having one of his tracks featured on One Point One, has also released an excellent EP on the label.

Zainetica is Rednetic label boss Mark Streatfield. When he is not busy with releasing other people’s music, Mark creates beautiful electronic music reminiscent of early Black Dog. He has released a number of EPs and albums on various labels.

Chicago-born Joseph Auer co-founded the label with Streatfield, but he has since relocated to Tokyo, Japan, where he lives with his wife and daughter. He has released music on Rednetic, Boltfish, October Man. Smallfish amongst other labels.